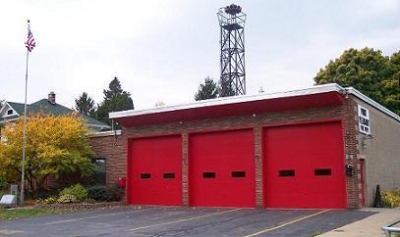 The corner of Point Pleasant Road and Ewer Ave has always been the site of Station 1, with the former station dating back to 1918 and facing  Point Pleasant Road.  Our current station's construction was completed in May of 1962, and only cost the department a total of $65K  to build, $15K less than originally budgeted. The firemen were  able to keep costs down by contracting out only the erection of the  building, plumbing and heating work. The project went ahead of  schedule and under budget due to the steady cooperation of the firemen and labor that they put in every night. It features a 3 bay  apparatus room 70 by 40 feet, radio / dispatch room, line officers office,  commissioners office, association banquet room 40 by 40 feet, kitchen, and association  offices.

This station was originally constructed in 1957, and originally only had 2 truck bays on the south side of the firehouse. In 1983, an addition was completed adding 2 more truck bays, a new radio / dispatch room, and more to the northside of the building. Other features of the station include a training classroom and a television lounge. Behind the firehouse in the valley is the Robert McGrail Training Facility. 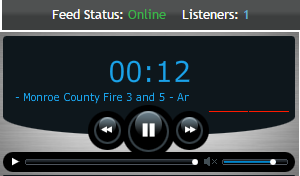 This site has been viewed 97,686 times.
News
Events
Maintained by the members and staff of Point Pleasant Fire District. Designated trademarks and brands are the property of their respective owners. Copyright © 2006-2022. YourFirstDue Inc. All Rights Reserved. Content on this web site is supplied by Point Pleasant Fire District. YourFirstDue Inc. cannot be held responsible or liable for any content, text, pictures, or any other media found on this web site.
Management login
Powered by